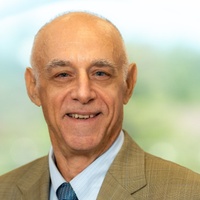 Keith began his financial services career in 1983 as President of Aabco Trading, Inc. and as an Independent Trader on the Philadelphia Stock Exchange (PHLX). His 21-year career with PHLX included ownership of multiple “seats” with rights to trade equities, options and currencies. He weathered many financial ups and downs including the Crash of ’87, the roar of the 90’s, and the 2000-2001 meltdowns. From 2004 to 2013, he served as Investment Counsel for Financial Planning Associates LLC; was a Registered Principal with J.P. Turner & Company from 2013 to 2015 which was merged with Summit Brokerage in 2015. Currently he is a Registered Principal with United Planners

An alumnus of both the University of Tennessee and Rutgers University; Keith holds the CWS ® and AIF ® designations as well as Series 7 (General Securities), 66 (Registered Investment Advisor Representative and Blue Sky), 24 (General Securities Principal), and 4 (Registered Option Principal), securities registrations as well as Life and Health Insurance licenses for the states of New Jersey and Pennsylvania.

Past and Current Affiliations:

Keith was appointed to PHLX Disciplinary Review Committee and was one of approximately 50 Independent Traders registered on all National Exchanges. He has served on the Cherry Hill Board of Education (BOE) including two terms as President. In that role he led the Board to achieve Registered Board Certification through continuing education. He served as Secretary of Camden County School Boards Association and was selected to the Legislative Committee representing Camden County by the New Jersey School Boards Association (NJSBA). Keith was appointed by the NJSBA President to serve as Director of the NJSBA Insurance Group, and through additional continuing education and testing, earned the designation of Master Board Member. He is the past Chairman of the Cherry Hill Education Foundation, served an appointment as public member of attorney regulatory system to local District Fee Arbitration Committee for Office of Attorney Ethics of Supreme Court of New Jersey from September 1, 2011-January 31, 2014;